The family of 23-year-old Lauren Smith-Fields, the Black woman who died after she was found unconscious on December 12 in her Bridgeport, Connecticut, apartment and after she had been on a date with an older white man she met on the Bumble online dating app, is suing the Bridgeport Police Departments over allegations that the department is mishandling Smith-Fields case.

As we previously reported, Smith-Fields’ brother, Lakeem Jetter, said he was told by police that no foul play was suspected in his sister’s death and that the man she was with was a “nice guy” who didn’t need to be questioned. According to the Daily Mail, that “nice guy” who didn’t need interrogating despite him likely being the last person to see Smith-Fields alive has been identified as 37-year-old Matthew LaFountain, a design engineer at Connecticut-based Times Microwave System.

LaFountain reportedly told police that at one point during their date, Smith-Fields became sick and threw up in her bathroom before the two continued drinking tequila mixed drinks—which is already gross and irresponsible for a man who’s pushing 40 to be doing with a woman just a few years out of her teens who he knew was throwing up likely from drinking too much.

According to HuffPost, LaFountain explained that away saying, “he thought it was odd, but didn’t feel it was his place to say anything as he didn’t know her that well.”

It’s also worth mentioning that Jetter told a different story regarding his sister’s state of health than what is in the police report, according to Rolling Stone.

“I haven’t texted my sister since December fourth,” Jetter said of the night of December 11th, when he called Smith-Fields to bring out his basket of clothes he was picking up. “I didn’t know that anybody was in there. She came out and she was out there for like 10-15 minutes and she walked back into the house. She looked normal. She didn’t look sick, she didn’t look tired, she didn’t look drunk. I’m her second older brother, if I would have seen her drunk I would’ve said ‘What are you doing?’…‘Why do you look like that?’”

But beyond that, Jetter said police are ignoring evidence of foul play in his sister’s death.

“The first night we saw cups there, flipped plates and the lube. The cops didn’t take any of the cups to test the liquor,” Jetter told Yahoo News. “There was a big stain of blood in the middle of her bed, with streaks going to the right side.” 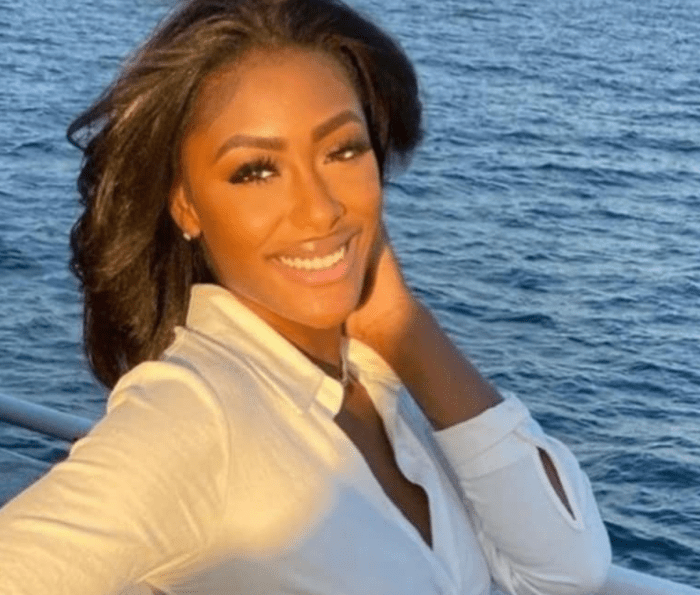 Smith-Fields’ mother also told Yahoo she found a condom with semen inside her daughter’s apartment, along with a pill that the family believes may be a sedative.

The family also said Bridgeport police have been indifferent and unprofessional about the case and had even told them to stop calling the department about Smith-Fields. The attorney representing them in the lawsuit, Darnell Crosland, accused Detective Kevin Cronin of failing to notify the family about Smith-Field’s death, and he also leaned into the fact that LaFountain has not been questioned as a suspect.

“There’s a typical protocol that’s followed when you have a situation like this,” Crosland told Yahoo. “If you have a husband or wife or boyfriend or girlfriend call the police because one of them is dead, typically the person who is surviving is pivotal to the investigation. Most times they are looked at as a suspect because they were the last person with the deceased, and in this particular case, the police have been very hesitant to even call this person a ‘person of interest.’”

Crosland announced the lawsuit in a statement to NBC Connecticut. saying, “We’re filing a lawsuit here in Bridgeport to compel them to process this case, to protect this family, and to give them the equal rights they deserve under the Connecticut Constitution.”

Kevin Hart Shows Appreciation For Will Smith Despite Oscars Slap

Yung Miami Stands Ten Toes Down On Having Fun With Diddy

Is Dess Dior Back Codeine Canoodling With Future?

How to Effectively Market to Gen Z and Beyond

David Adefeso Tells Fans That Their Savings Accounts Is A Bad...

Chic Women Agree—This is The Best Linen Clothes for Summer